Given the shootings in El Paso and Dayton, Connecticut State Police are reminding residents that if they find themselves in an active shooter situation, RUN HIDE FIGHT, whichever is the safest.  People should call or text 911 when it’s safe to do so. 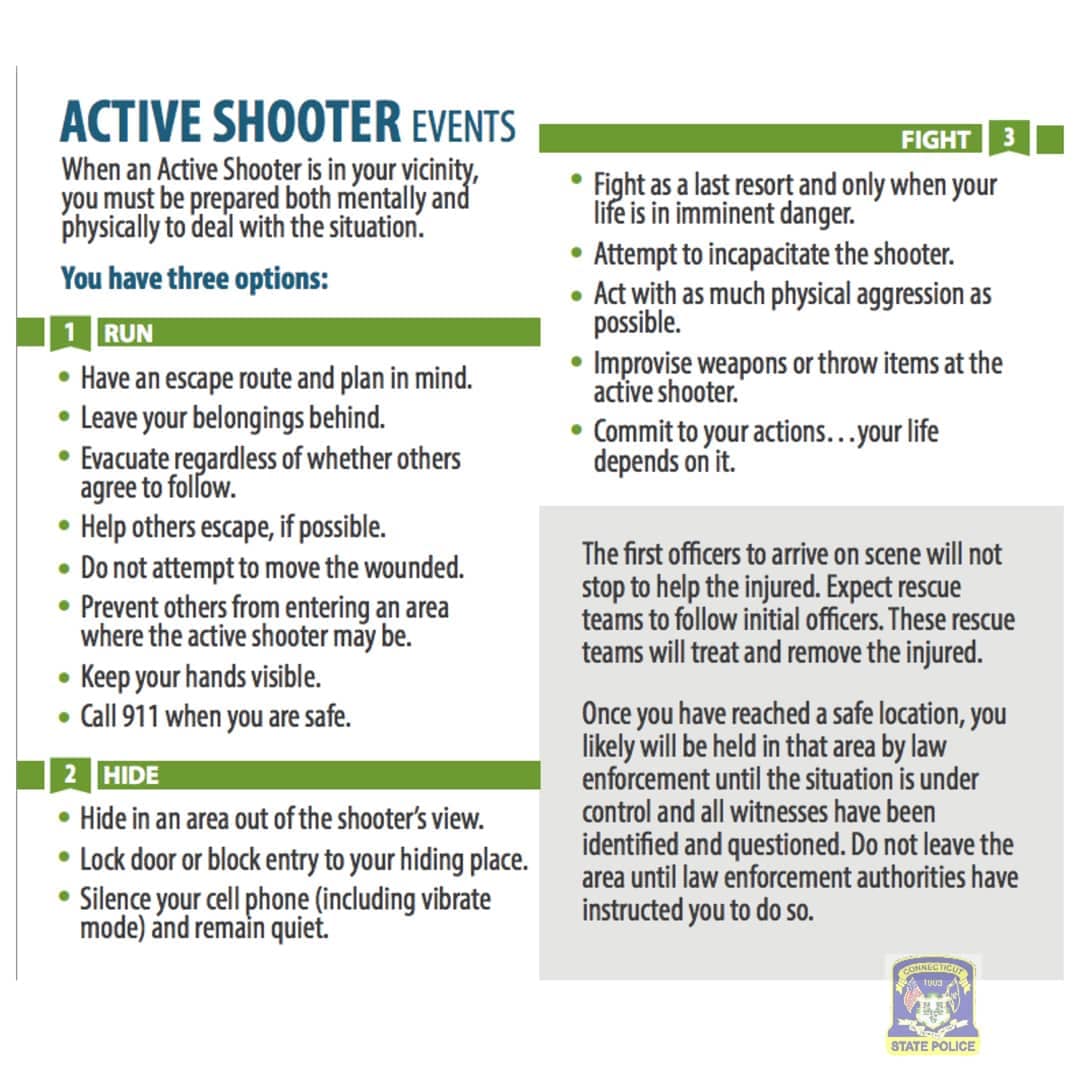 Connecticut State Police say there was no known threat to the state.  Emergency officials say the public should remain vigilant, aware of their surroundings at both public gatherings and businesses.

Governor Lamont has directed flags to be lowered as a mark of solemn respect for the victims of this weekend’s mass shootings in El Paso and Dayton.  U.S. and state flags in Connecticut will fly at half-staff until sunset on Thursday.

Senator Richard Blumenthal believes Congress should be called back into session, cutting short the August recess, in order to take steps to stop gun violence.  He believes Extreme Risk Protection Orders, like Connecticut's Red Flag law, is within realist reach.  Republican Senator Lindsay Graham also called for Emergency Risk Protection Orders.  Blumenthal says momentum is building for more states to deal with people who are dangerous to themselves or others—taking forceful action to forestall imminent risk and fulfill due process.

He says Congress must seize the moment.

Senator Chris Murphy released a statement on Sunday following the shootings over the weekend in El Paso, Texas and Dayton, Ohio.  He says this carnage is preventable and called on his colleagues to go beyond expressing words of sympathy and concern.  He acknowledged that they can't fix the entire gun violence epidemic – which took dozens of other lives this weekend, in homicides, suicides, and accidental shootings – overnight, but can at least try to start.

He questioned why members of Congress run for office if they aren't prepared to pass laws that make people safer.