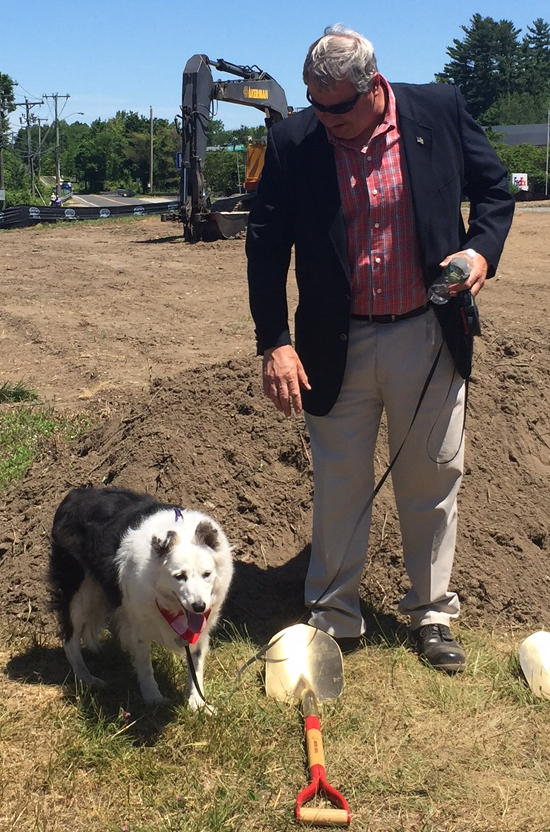 A ground breaking ceremony has been held for the off leash dog park planned in Danbury.  The fenced in park will be on four acres of land off Miry Brook Road, by Danbury Municipal Airport.

The park will be for daytime use only and have limited parking. No one will be staffing the park.  A sign will be posted saying that aggressive dogs are not allowed.  The only restriction is that dogs are licensed.

Mayor Mark Boughton says this has long been needed in Danbury, and is one of the top requests of residents. 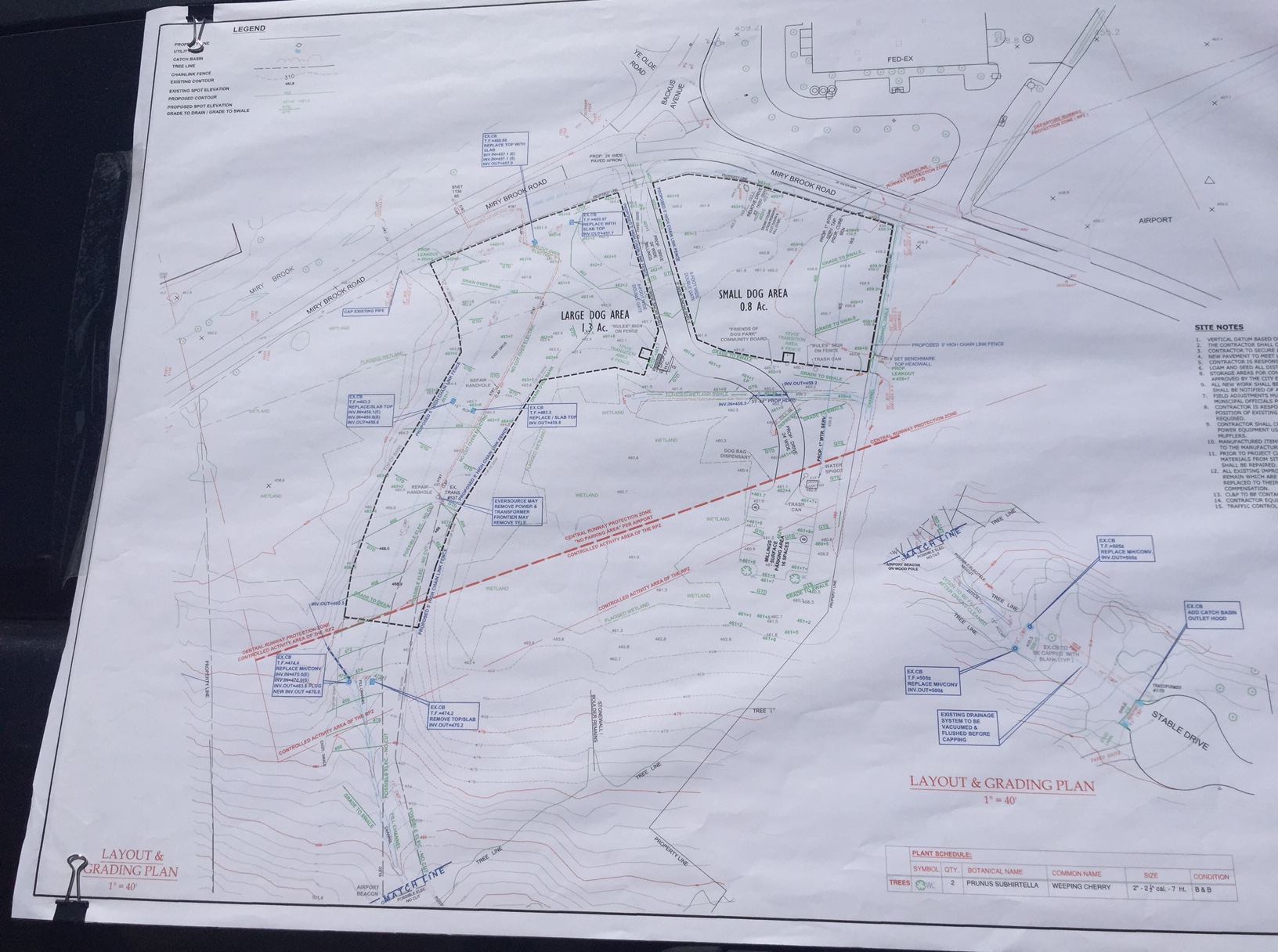 Plans call for about an acre set aside for small dogs, and across a gravel path another 1.3 acres for large breed dogs.  This will be the largest off-leash dog park in the Greater Danbury area, with the exception of Southbury.

An environmentally sensitive area will be protected with fencing.  City Council President Joe Cavo says navigation into and out of the airport will also be preserved by turning the property into a dog park.  The land was purchased years ago with an Federal Aviation Administration grant.  There was a farm on the property, but Danbury bought the land to take down trees and buildings so there would be a better approach to the airport. 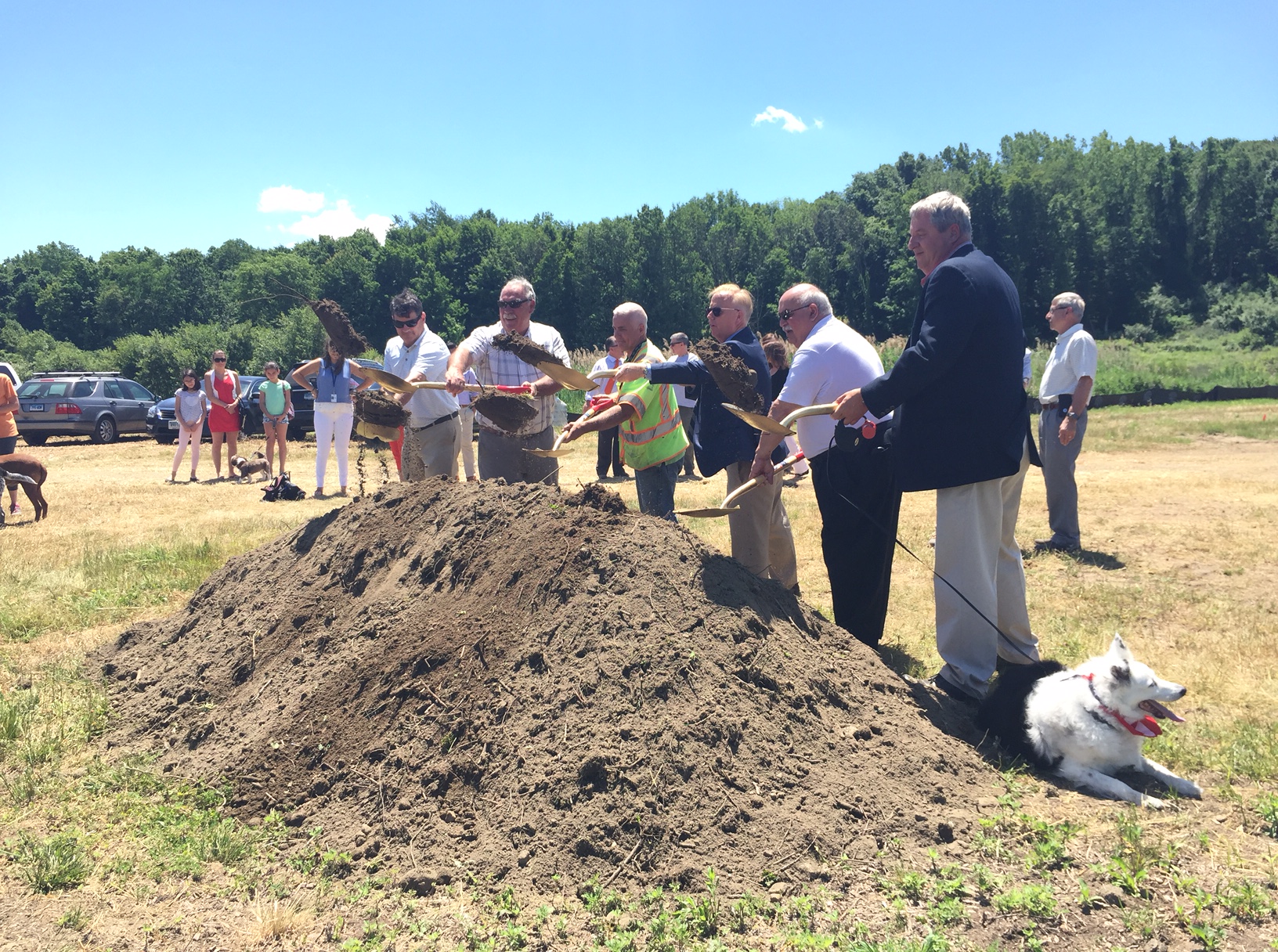 City officials are hoping to officially open the park at the end of summer or early fall.