A local lawmaker is touting a bill signed into law yesterday by Governor Malloy.  The ceremonial signing was of an anti-human trafficking bill co-sponsored by Monroe Representative JP Sredzinski.

The bill aims to increase protections for victims while imposing stronger penalties on perpetrators.  Sredzinski says the bill also raises awareness of an important issue.

It requires lodging operators to maintain a record of all guest transactions for at least six months to help police investigations and to train their employees to recognize the signs of human trafficking.  Police would also be required to report annually to the legislature about any human trafficking cases in their jurisdictions. 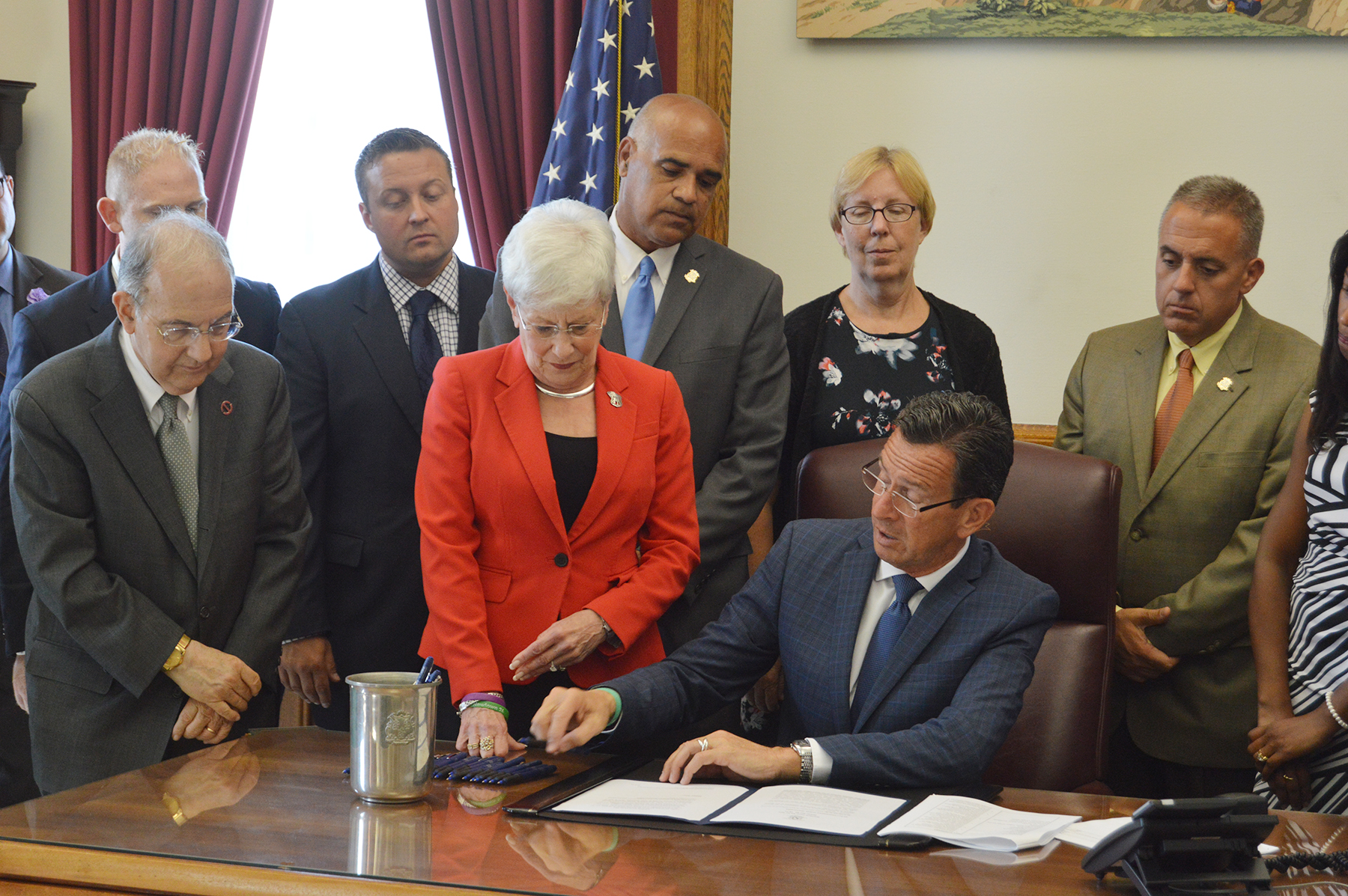