Posted About Four Years Ago by AP, WLAD Newsroom

HARTFORD, Conn. (AP) -- Danbury Mayor Mark Boughton has added his name to the list of candidates for Connecticut governor.

The nine-term mayor previously ran for governor in 2014 and for lieutenant governor in 2010 and is among the better-known names in the Republican field. He said that he has raised more than the $250,000 in donations needed to qualify for public funding for this campaign.

"I am running for Governor to turn our state around," said Boughton, who added that he wants to phase out the state income tax and reduce regulations. "Connecticut needs to be a place where people want to live, play, and work, rather than leave as was the case not so long ago." 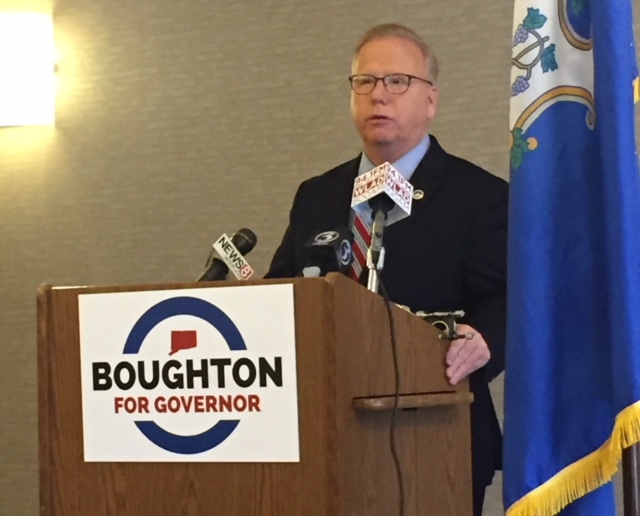 Boughton had been exploring a run for statewide office for the last year.  More than 3,000 donors across 160 of Connecticut’s communities, donated more than the $250,000 in donations needed to qualify for the state’s Citizens Election Program.


Gov. Dannel P. Malloy, a Democrat, is not seeking a third term in the November election.

Boughton was one of three candidates to announce runs for governor on Tuesday.

Sean Connolly, a Democrat from Hebron, served until recently as commissioner of the state Department of Veterans Affairs. The lieutenant colonel in the Army Reserve announced his run at an American Legion post in Hebron.

Guy Smith, a Greenwich Democrat, was an executive at the beverage company Diageo and served as an adviser to President Bill Clinton during his impeachment proceedings. He announced his run at a school in New Haven.