Posted About Seven Months Ago by WLAD Newsroom 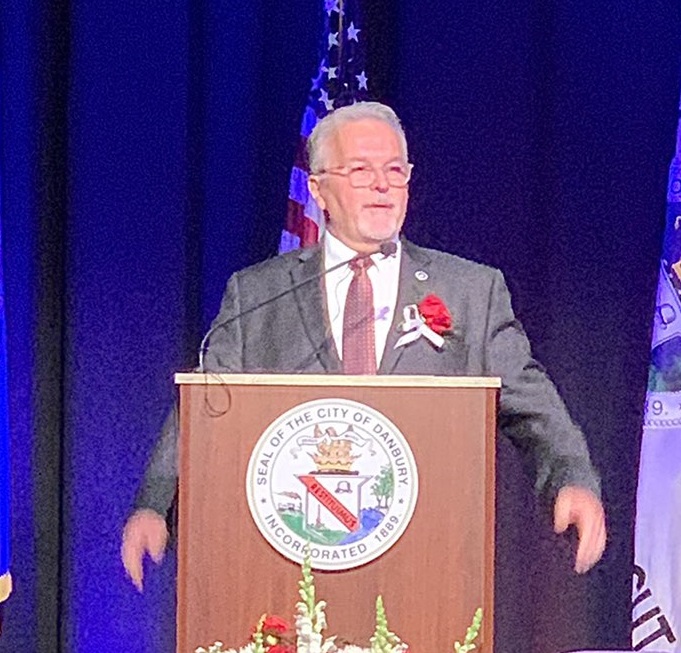 Danbury will officially have a new Mayor as of noon today.  Republican Dean Esposito took the oath of office last night. Swearing in ceremonies included a procession from City hall to the Palace Theater.  That part of the event featured a Pipes and Drum band, Danbury police color guard and fire trucks.

Esposito, who narrowly won the election, spoke about bipartisanship--noting that the City is going to face some crucial issues over the next two years including a continued influx of school children, COVID cases and economic recovery from the pandemic.

This was the first inaugural event in 20 years.  Former Mayor Mark Boughton, who served since 2001, until leaving for a state job last year, was the Master of Ceremonies last night.  Outgoing Mayor Joe Cavo was among the City Council members who also took the oath of office as he was elected to an at-large position last month.  Esposito served as Chief of staff to both Boughton and Cavo.   Roger Palanzo, who has been the city’s economic development director, will become the new mayor’s chief of staff.

Members of the Zoning Commission, Board of Education and others were also sworn in.