According to the 2021 end of year aquatic plant treatment survey of Lake Zoar, performed by North East Aquatic Research, the weed treatment was successful.  Over 82 acres were treated, resulting in weeds being greatly reduced or completely gone after chemical application. No water chestnut was found despite its presence upstream in Lake Lillinonah.

Invasive aquatic plants in designated management areas in Lake Zoar were treated with the herbicide in August. 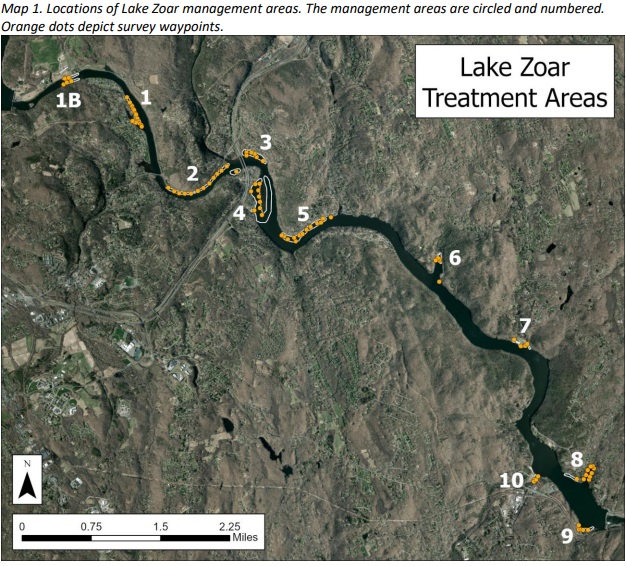