Joel Colindres could have only a few days left with his wife and children. The New Fairfield man is facing an August 17th deadline to leave the country and return to his native Guatemala. He fled that country in 2004 to escape violence, entering America under a provisional waiver. He missed a court date shortly after because immigration officials spelled his name wrong and had the wrong address, so he never received the court order.

Colindres eventually made his way to the Northeast, where he married Samantha in 2010. The couple obtained an I-130, proving their marriage, and has continued to report routinely to immigration officials since then. They have two children, ages 6 and 2. He was worked in the same job for the past 13 years, pays taxes and owns his home. With no criminal record, an American-born wife and two U.S. –born children, Colindres is hoping for a last minute reprieve to keep his family together. 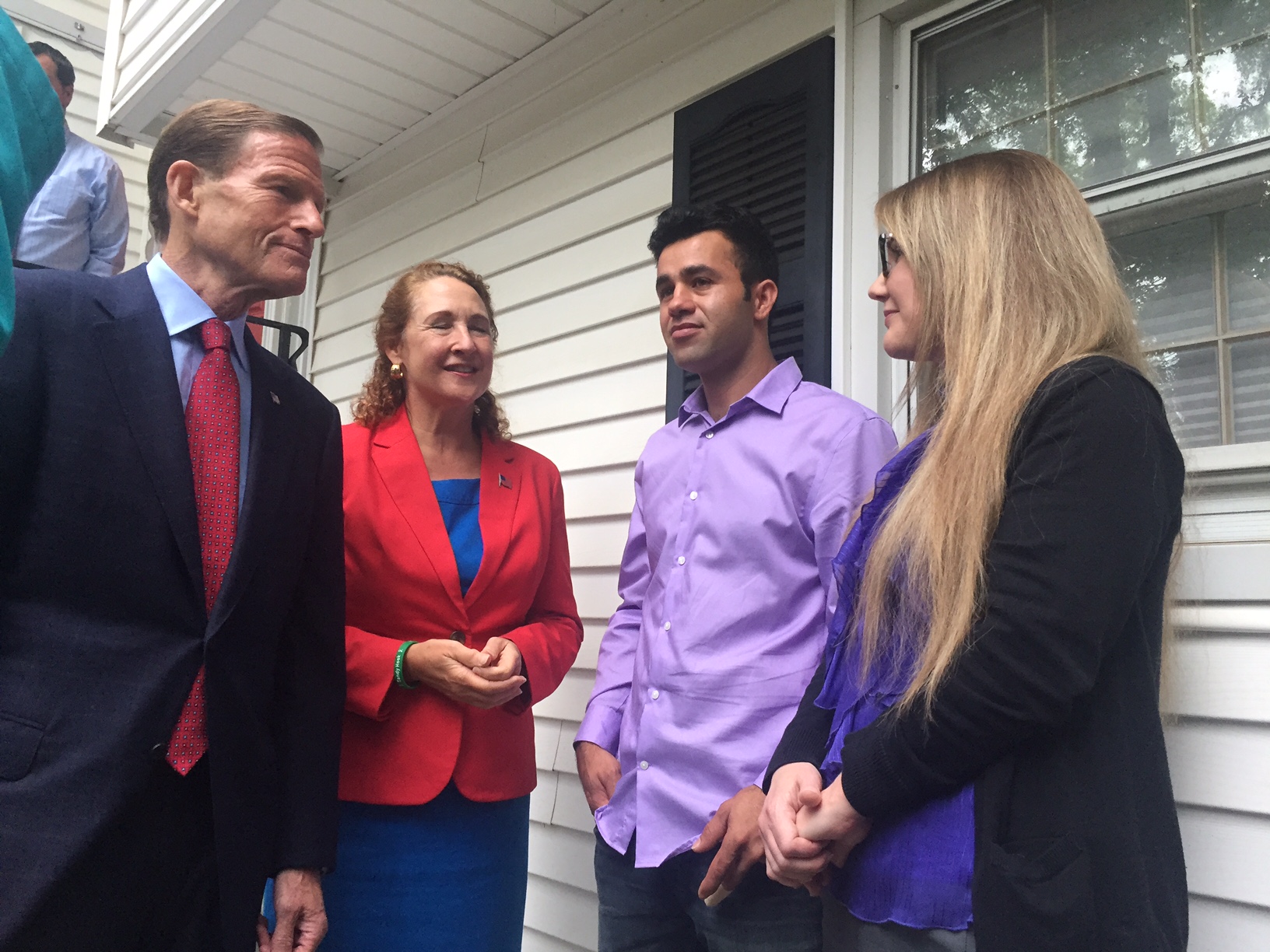 If Colindres leaves the U.S. on the 17th, he will be barred from entering the United States for 10 years.


Attorney Erin O’Neil-Baker says he has two strong claims—the request for asylum and the fact that he’s married to a U.S. citizen. She added that right now they’re just asking for their day in court. A motion to reopen is pending, the couple has an approved marriage petition so he is eligible for a waiver. O’Neil-Baker says they are asking for a couple of months reprieve to rectify an old removal order. The hurdle is to become a legal permanent resident. After having that status for five years, he’d be able to apply for citizenship.

Senator Richard Blumenthal says the Trump administration’s immigration policy is irrational and cruel. He called it a heartbreaking situation to see a family on the verge of being ripped apart.

5th District Congresswoman Elizabeth Esty says they got word Monday that Joel Colindres may have the opportunity to get a hearing on his claim of fear and retribution if he were to return to Guatemala. She says they’re just asking for that opportunity and a stay of deportation so he can make his case before the courts. Esty says a compassionate immigration policy keeps families together.